I have also noticed that occasionally the driver's face vents (vent to the right of the steering wheel, and the right-side centre vent) will emit a visible fog/mist when the fan is on a higher setting. The fog disappears almost immediately after exiting the vent, is odourless, and the air conditioning temperature is fine and working as set. Again, this does not occur from the passenger side. The car has dual zone climate control, but the issue occurs when both zones are at the same temperature.

I always have the air conditioning set to auto on the lowest setting, anywhere between 20-24 degrees celsius. The recirculate setting is also set to auto.

I have checked the drain and water is draining properly under the car. When set to cool, the air is cold and feels like the system is working correctly, but gradually the windscreen (and eventually other windows in the car) will fog up or start to leave a sheen.

See below photo of the fogging issue.

Any suggestions or advice greatly appreciated! 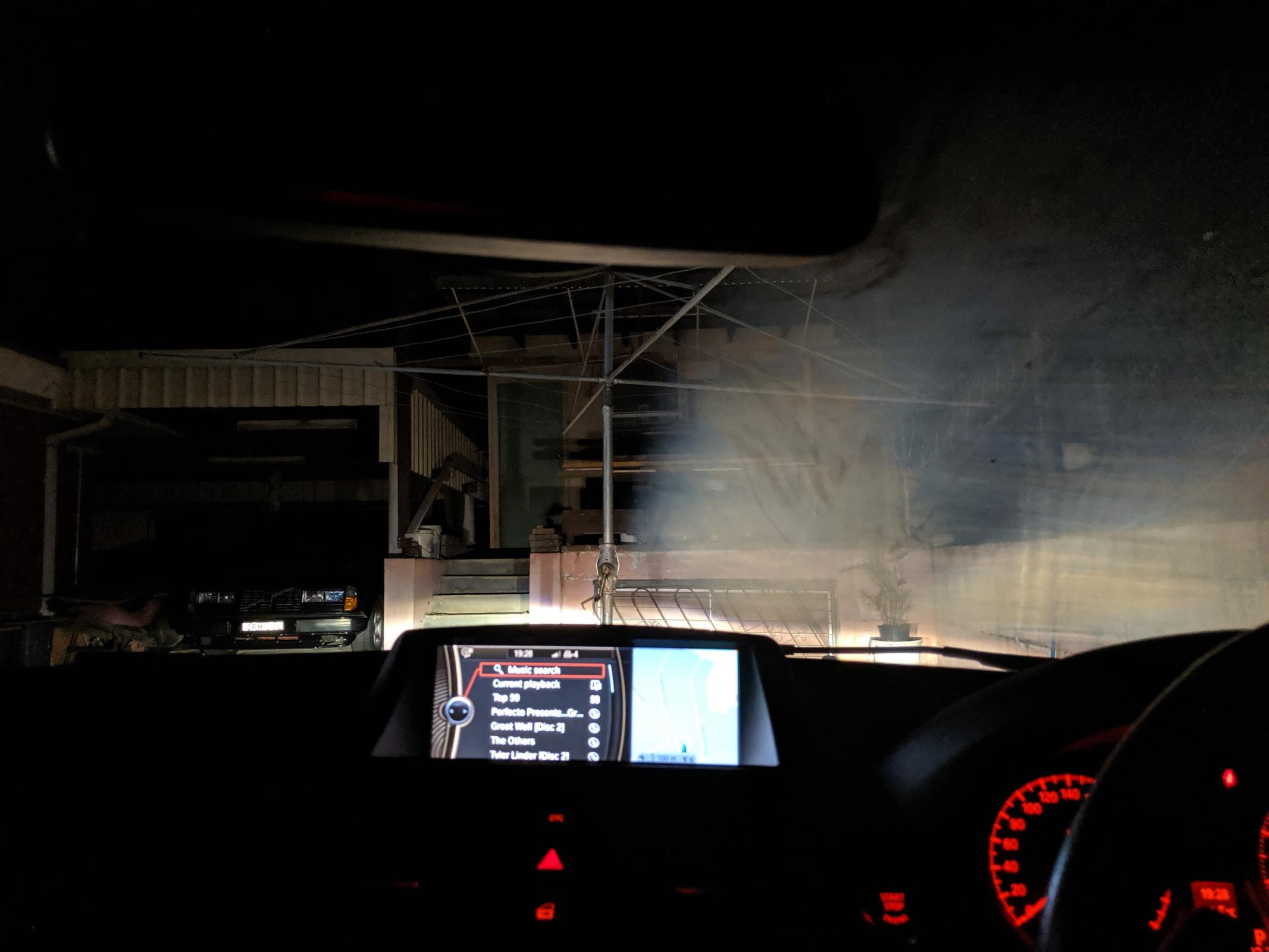 I've seen this happen occasionally on certain Toyota vehicles, too. On those cars, the typical fix (assuming Defrost is working correctly on both sides, as Tim mentioned) is to turn off the Recirc mode and set it to bring in outside air with the A/C running. Can you manually set the Recirc in your car to Outside Air only instead of Auto?
Top

Tim wrote:Do you have a Driver and passenger temp setting on this vehicle? Defrost setting on the driver's side may not be working. Do you feel defrost on both sides?

Yes, I have temperature settings for both driver and passenger, but 99% of the time it is set to the same temperature. I'm not sure what you mean by defrost on both sides though? I have a button (top right button in the image below) which will de-fog the windscreen by setting the fan to maximum and the airflow to the windscreen. My a/c controls look like this:

JohnHere wrote:I've seen this happen occasionally on certain Toyota vehicles, too. On those cars, the typical fix (assuming Defrost is working correctly on both sides, as Tim mentioned) is to turn off the Recirc mode and set it to bring in outside air with the A/C running. Can you manually set the Recirc in your car to Outside Air only instead of Auto?

Yes I can, though Auto mode keeps it set to outside air all the time unless it detects a pollutant or bad odour (though admittedly, this feature doesn't work very well). I can set it to permanently bring in outside air and see if it makes a difference.
Top

By "Do you feel defrost on both sides?", I think Tim is referring to actually feeling air blowing through both right and left defroster vents.

If I'm interpreting the climate-control buttons correctly on the image, to bring in outside air with the A/C on and with tempered air directed to the entire windscreen, press the following buttons:

Top-right (windscreen defrost), middle-right snowflake (A/C), and "ALL" (meaning both right and left sides) inside the right-side temperature dial. Next, set the right temperature dial to where de-misting or defrosting occurs--probably mid-way or around 20 degrees C (68 degrees F), and set the fan speed manually to whatever you prefer using the fan-blade buttons in the center.

Don't depress the following buttons: "Auto", "A" (recirc), "MAX" snowflake (A/C), or any of the three far-left air-direction buttons. I'm not certain, but the top-left "Up-arrow" air-direction button might come on automatically with the top-right front-defrost button depressed.
Top

I will check again to confirm I can feel air through BOTH defroster vents, but I'm 99% sure it does.

You're mostly correct with the operation of the controls. Pressing the top right windscreen defrost button will, all at once: set the airflow to the defroster vents entirely (equivalent of top left "up arrow" button), set the fan to maximum, set the recirculation to outside air, equalise the temperature zones and engage the A/C (if not engaged already). Pressing this button will clear the windscreen fog within a few seconds, so that's why I'm reasonably sure I'm getting good air from the defroster vents.

The problem returns when I press "AUTO" again, which you can set an "intensity level" (as BMW calls it - roughly equivalent to fan speed), which I leave on the lowest setting. The car will manage the airflow depending on ambient conditions, but will usually utilise the defroster and footwell vents in a very subtle manner, unless there's a large temperature difference between the cabin ambient and the set temperature, in which case it will use the face vents to quickly cool or heat the car. It's in this subtle AUTO mode that I get the windscreen fogging issue and the occasional fog from the driver's side face vents.

I am still experimenting with your suggestion of leaving the recirculate setting at outside air only and not in the "A" (Auto) mode. I haven't driven enough to come to a conclusion on that though.
Top

I am away on holidays for the next month without my car so I won't be able to do any more testing in the immediate future. Thanks for your suggestions, I'll pick this back up when I return and will post an update then.
Top