I bought an 88 Corvette convertible last year for the missus and I in our retirement. There were a few things wrong with it so we got it at a good price. All the problems were things I could handle without need for a shop. or so I thought......

One of those things was the AC. The system was flat and I found it was the o ring seals on the Denso 10pa20c compressor were leaking.

I pulled the compressor apart and did new o rings. Saved the oil and put it back in on assembly. Changed out the orifice, which was black with contaminants. I didn't change the accumulator (which might be coming back to bite me).

Put the system back together and pulled a vacuum on it. Let it sit overnight and it didn't loose any vacuum. Then I run the vac pump for just over two hours, to make sure it was as dry as possible.

So I charged the system. I live in Canada, so getting any refrigerant like r12 or 134a isn't going to happen unless you have a very specific (and expensive) license. I've been out of the trade for decades (left the automotive world and went into aviation), so that's not going to happen. As a result, I have to use retail available stuff. I'm using redtek R12a, which is mostly hydrocarbon. Lets not get hung up on the hydrocarbon thing, I'm ok with it and have no other choice right now, except taking it to a shop.I've used it before without issues in cooling performance.

With the car running, it showed just under 50 psi on the low side and it would go as high as 400 on the high side. the high side never drops below 200, even when the car is off. That sounds like a clog or blockage to me, but I can't imagine where.

The compressor runs steady, like it should. There's no cold in the cabin whatsoever. After it runs for a couple minutes like that, the clutch will cycle off, the pressure will build on the low side and it will kick on again. It's not short cycling, but it seems like it's hitting a high pressure limit and kicking off the clutch.

The really crappy thing is the car was bought used, so I don't know what else might have been jacked with or how long it was left in a low/discharged state.

Pretty sure I reassembled the compressor correctly. I only had the ends off to replace the rubber seals (and the shaft carbon seal). I suppose it is possible I got one of the reed plates in wrong, but IIRC from when it was apart, they're pretty much idiot proofed with the dowel pin locations.

What's going on here? I don't understand why it's not cooling? Could the dryer/receiver be contaminating the system with water and freezing up?

You might ask why do I need ac on a 'vert. My wife is very fair skinned and after a certain amount of time in the sun, I need to put the top up to give her some shade. When that happens, AC is needed to keep the interior cool. C4 corvettes aren't exactly known for not having an engine heated cabin. Top up = AC on......


Here's a quick pic of the ol' wreck if anyone is interested: 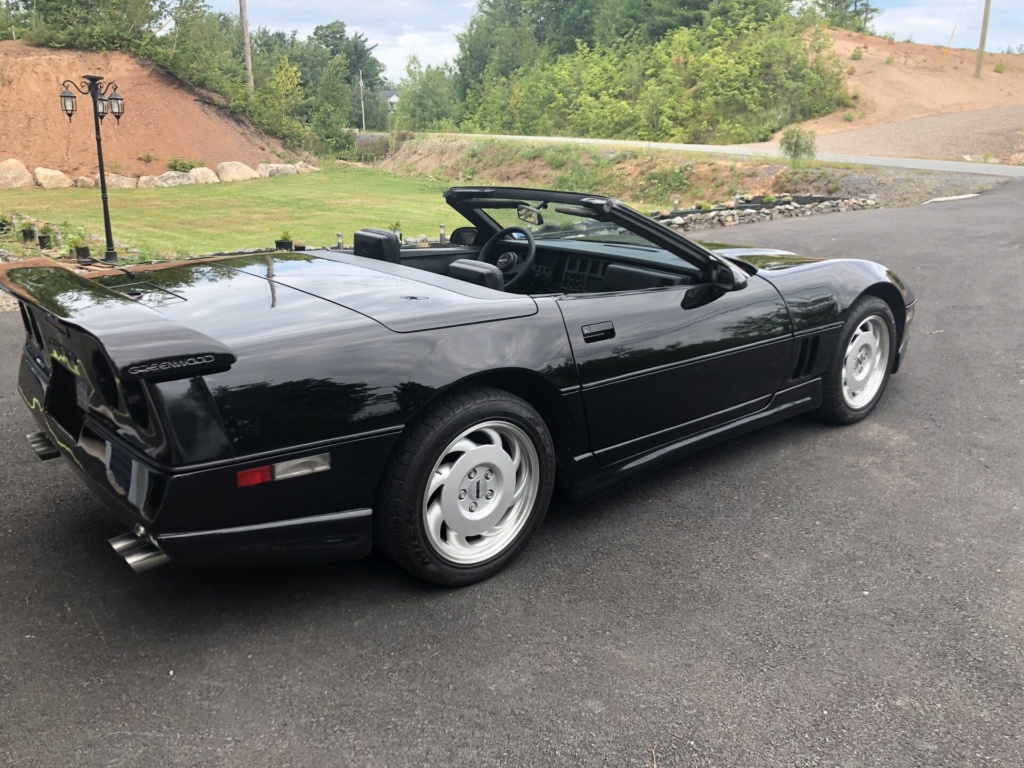 From the photo, the car looks to be in great shape. Enjoy!

You mentioned a couple of things that I'll start with. How did the oil look when you drained the compressor...clear, cloudy, or dark? And what type of contamination was on the OT...black oily residue, metallic particles, plastic particles, or all three?
Top

JohnHere wrote:From the photo, the car looks to be in great shape. Enjoy!

You mentioned a couple of things that I'll start with. How did the oil look when you drained the compressor...clear, cloudy, or dark? And what type of contamination was on the OT...black oily residue, metallic particles, plastic particles, or all three?

Oh, she's a ten footer at best. I had to do lots of paint correction to get it to look like that and when you get in about 5 feet from it, you can start seeing the fixed stone chips and whatnot.

The oil had a clear/yellow look to it. The car has only ever had r12 in it, so I assume it's mineral oil.

OT I assume is Orifice Tube. The Orifice was stained black, that's about it. Stuff you could wipe off with your finger and nothing but black color on your fingers. No chunks or bits. I assumed it was just residue from seals. Maybe one or two small metallic shavings, but very, very small. Definitely not indicating anything had come apart, just what I would expect to see from components "bedding in" to each other.
Top

Car is in the garage right now, but will give it a go once I can get it out.
Top

1500 rpm. Just above 50 psi low, roughly 350 psi high. Vent temps: no change from ambient. Actually, it got a few degrees warmer than ambient. I would suspect that's because the 'Vette makes a lot of underhood heat and with the hood open, there is no seal to prevent that from being drawn into the cowl inlets.

Doesn't make any sense (from my limited knowledge) as those readings seem to indicate a blockage but I have no idea where that could be. My understanding is it's usually the orfice, but I replaced that with new. Unless it's that dryer I didn't replace.

The low side seems high to me at 1500. I don't doubt the vehicle is not cooling well.

The low side seems high to me at 1500. I don't doubt the vehicle is not cooling well.

Refrigerant type.
Corvette with a laid back condenser, not removing heat load.
Cycling point with blended refrigerant. Is the system cycling and at what point temp and pressure wise?

Type: Redtek r12A (all I have access to in Canada, unless taking it to a shop).
Rad; the 88 c4 isn't "laid back" like the C3 was, but the engine bay is tight and cooling is always a concern.
Blended refrigerant: nope, it's been evacuated (several times) so it's only R12A in it.

LIke I mentioned, I'm beginning to think I'm going to have to take it all apart and confirm there are no blockages.......not looking forward to that job as I know some of those AL line fittings are not going to move.

I don't think the compressor is toast, or I would think the high and low side would be a lot closer in pressures when running.....
Last edited by tourmax on Fri May 15, 2020 9:30 am, edited 1 time in total.
Top

Was the compressor original to the car?

I understand the canuckistan issue with getting R12 to put it back in spec. Of all of the HC refrigerants I have experimented with, envirosafe had the best blend for R12 replacement. Seemed to mimic r12 well enough to make the fussy Cadillac systems work.

I understand the canuckistan issue with getting R12 to put it back in spec. Of all of the HC refrigerants I have experimented with, envirosafe had the best blend for R12 replacement. Seemed to mimic r12 well enough to make the fussy Cadillac systems work.

Yep. orginal compressor. At least it is to my knowledge, I've only owned the car for a year. All the tags and labels seem to indicate it's OEM.
Top
Post Reply
59 posts